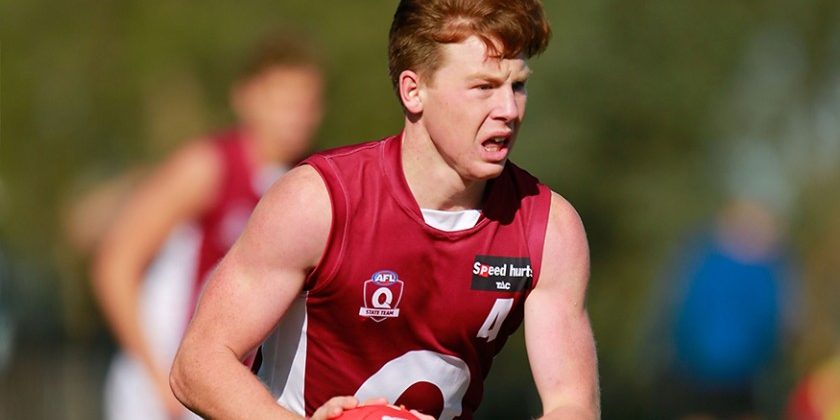 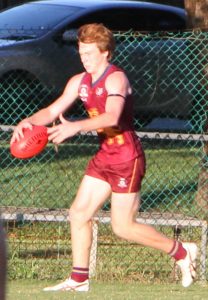 Outstanding news for PBC’s Jesse Joyce who was selected by the Gold Coast Suns in the 2015 AFL Rookie Draft.

Jesse was recruited to PBC from Coolangatta-Tweed Juniors with the goal of playing senior level QAFL, and made his senior debut in Round 9 2014 against Mt Gravatt. He played 7 senior games in 2014 and a further 2 this year when representative duties allowed.

He was a member of the highly successful 2015 QLD Under 18 team that won the Division 2 National Title at The NAB AFL Under 18 Championships earlier this year.

PBC coach Chad Owens, who also coached Jesse at PBC High School in their AFL Excellence Program, rates Jesse highly and had the following to say

“Jesse is a terrific young person. He is of outstanding character and comes from a very supportive family. He went through the Sports Excellence program at Palm Beach Currumbin State High where he was always a standout person and player.

Jesse is a very dedicated and talented individual. He was left out of state teams as a youngster but this never halted his dreams.

His skill level on both sides of his body is as good as any player at the highest level. I liken his skill set to a Sam Mitchell or Robert Murphy in that he doesn’t waste possessions and sets up many attacking plays.

I believe he will have a long and successful career and will leave no stone unturned in quest to make it at the highest level.  I like everyone else who has had something to do with Jesse wish him all the best and look forward to watching him on the big stage”

Congratulations to Jesse from everyone at PBC !! Well Done

See more from the Gold Coast Bulletin at the following link